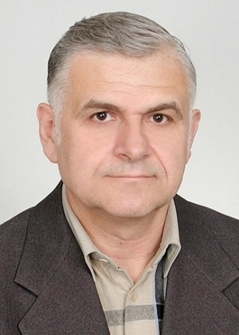 Academician of the Russian Academy of Natural History (RANH),

Honorary President of the Association of Sexologists and Sex Therapists of Ukraine,

Honorary President of the International Federation of Fitness Trainers, Sexologists and Sex Coaches,

Member of the Presidium of the National Institute of Sexology and Sexual Health,

Full Professor of the Department of Sexology, Medical Psychology,

From 1984 to 1987 he was an assistant professor at the Department of Psychotherapy in Ukrainian Institute of Advanced Training for Doctors (currently named Kharkov Medical Academy of Postgraduate Education, KMAPE). At present he is a Full Professor of the Department of Sexology, Medical Psychology, Medical and Psychological Rehabilitation of KMAPE, where he has been working since 1987. From 2002 to 2005 he was also the Deputy Director at the Research Institute of Sexology and Medical Psychology of KMAPE on Scientific Work (until the Institute terminated its functioning). He is the Vice-Chairman of the Specialized Academic Council of KMAPE on defence of candidate’s and doctoral theses in “Medical Psychology” (for doctors and psychologists), a member of the Ukrainian Association of Sexologists and Andrologists, Russian Scientific Sexological Society and Professional Association of Sexologists, a member of editorial boards of scientific-practical journals «Zdorov’ye muzhchiny» (The Male’s Health), «Psikhologicheskoe konsul’tirovanie i psikhoterapiya» (The Psychological Consulting and Psychotherapy), «Meditsinskaya psikhologiya» (The Medical Psychology), «Mezhdunarodnyy zhurnal prikladnykh i fundamental’nykh issledovaniy» (The International Journal of Applied and Fundamental Research), «Mezhdunarodnyy zhurnal eksperimental’nogo obrazovaniya» (The International Journal of Experimental Education), The European Journal of Natural History. In 2008–2012 he was the Chairman of the Society of Medical Psychologists and Sexologists of Kharkov Medical Society.

The sphere of scientific interests:

Kocharyan G. S. has developed the concept of the formation of symptoms in sexual disorders, the concept of the human sensory erogenous systems, the pleasure-centric paradigm of therapeutic support for patients with sexual dysfunctions, an important diagnostic test “Index of adequate sexual realization”, which makes it possible to reveal minimum deviations in sexual activity of those people who experience effects of different unfavorable factors on their genital system; he has studied the formation of anxious sexual failure expectation syndrome in males, separated its clinical types and variants of course, developed its differential psychotherapy; he has separated and described 12 behavioral patterns in patients with sexual disorders; he has studied the problem of psychic self-regulation of sexual functions in males with sexual disorders and made a detailed classification of the methods, which such males use; he has separated pathogenic determinants of masturbation and their negative consequences, and classified them; he has made a thorough meta-analysis of the materials dealing with the influence of pheromones on the behavior of the human being and functioning of his organism; he has made a meta-analysis of the problem of homosexual relations in the modern society and problems of ejaculation disorders; he has separated and characterized models of the formation of sexual disorders in patients with chronic prostatitis.

Prof. Kocharyan G. S. has developed a number of highly efficient psychotherapeutic techniques: an accelerated variant of autogenic training for treatment of sexual disorders, “false signal”, “decrease of the rank of significance of sexual disorders”, “psychotherapy with regard for the mechanism of projection”, “comparison by analogy”, “extension of consciousness”, “comparison by contrast”, “system of erotic sensitization”, “way of correction of behavioral programmes” for treating anxious sexual failure expectation syndrome and other anxious-phobic disorders; the latter technique should be put into the arsenal of techniques of neurolinguistic programming (NLP). He has also suggested a number of cognitive methods for correcting the internal picture of disease in males with different disorders of ejaculation. He has adapted, tested and introduced: the method of “outburst of obsessions”, which belongs to NLP and has recommended itself very well in cases treated with difficulty; modeling  in the hypnotic state and regressive hypnosis for treating patients with sexual disorders.

The Minister of Health of Ukraine commended Professor G. S. Kocharyan for significant achievements in his professional activity and many years of conscientious labor (September 5, 2011, No. 510).

psychotherapy and biological therapy of males and females with different sexual disorders, harmonization of relations in the married/partner couple, treatment of people with neurotic and other nonpsychotic mental disorders.

The methods of psychotherapy used:

He is the author of 350 scientific works.